Kin Hill, P.E., was named Chief Executive Officer in December 2006 by the Charleston Water System's Board of Commissioners.

As the utility's top executive, Mr. Hill is responsible for the daily operations of CWS and its 450+ employees. Prior to becoming CEO, Mr. Hill served as chief operating officer, overseeing the water distribution and wastewater collection operations, which include 1,800 miles of water mains, 700 miles of sewer mains, and more than 200 pump stations.

Mr. Hill came to CWS in 1987 to serve as director of wastewater operations and became director of collection and distribution in 1994. Under Mr. Hill’s leadership, the Water Distribution department led CWS efforts to earn ISO 14001 certification for the implementation of an Environmental Management System.

Before CWS, Mr. Hill worked for the South Carolina Department of Health and Environmental Control for more than nine years, lastly serving as district director of the Aiken Environmental Quality Control Office where he was responsible for management and administration of six county areas in all fields of environmental quality control.

Mr. Hill is a registered professional engineer (P.E.) in the state of South Carolina. He earned his master of science degree in environmental and water resources engineering from the University of South Carolina and his bachelor’s degree in agricultural engineering from Clemson University. Mr. Hill is active in water and wastewater industry organizations including the American Water Works Association (AWWA) and Water Environment Federation (WEF), and is an “A” level registered water distribution and wastewater collection system operator. 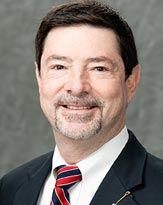 Mr. Cline's primary responsibilities include overseeing water treatment and the Hanahan Water Treatment Plant, water distribution, wastewater collection, wastewater treatment and the Plum Island Wastewater Treatment Plant, and laboratory services. He also has managerial oversight of the capital improvements program and the work of the Capital Projects Officer. Mr. Cline has been with CWS for more than 35 years,  serving as an officer of the company since 2007.

Mr. Cline is a 1981 graduate of North Carolina State University, with a bachelor’s degree in civil engineering. He is licensed as a professional engineer (P.E.) and a water treatment plant operator. Mr. Cline served as vice president of the American Water Works Association, and also as a member of the Water Environment Federation and the American Society of Civil Engineers.
Dorothy Harrison, Chief Administrative Officer 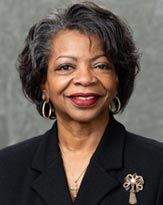 Prior to joining CWS, Ms. Harrison spent 26 years in the banking industry and was among the first African American commercial loan officers and vice presidents in South Carolina. She was also one of the first bankers in the state to serve a dual role in the industry as a licensed broker and commercial banker. Ms. Harrison attended the University of South Carolina and George Mason University, and is a graduate of East Carolina School of Banking.

Ms. Harrison is active in community and professional organizations and serves in a number of leadership roles. In recognition of Ms. Harrison contributions in her professional and community involvements, she has received numerous awards. She was one of the inaugural recipients of the Women Opening Doors Award in the Greater Columbia area, received the Key to the city of Columbia, was awarded the Lieutenant Governor’s Award for Exceptional Service to the state of South Carolina, and was a 2011 South Carolina AT&T African American History Calendar honoree.

During her time in Charleston, Ms. Harrison has also served as Board Chair for the Trident Urban League. She is a past executive board member of the Trident United Way, YWCA, and the American Cancer Society. She served on the boards of the Charleston Metro Chamber of Commerce, the Charleston District of the United Methodist Church’s Wesley Foundation, the Coastal Community Foundation, MUSC’s Healthy South Carolina Initiative, and the College of Charleston Avery Research Center.
Wesley Ropp, CMA, Chief Financial Officer 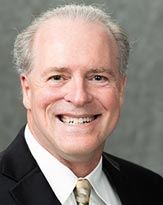 Prior to becoming the CFO, Mr. Ropp served as senior director of financial services, overseeing the Accounting and Finance departments, which include accounts payable, payroll, cost accounting, financial statements, and the billing areas.

Under Mr. Ropp's supervision, CWS achieved eight bond-rating upgrades, including an upgrade to the top-tier AAA by Standard & Poor's in 2010 and by Moody’s to Aaa in 2015. In addition, CWS has received consecutive Certificates of Achievement for Excellence in Financial Reporting from the Government Finance Officers Association (GFOA) since his arrival. The Popular Annual Financial Report was added in 2009, and CWS has received consecutive Awards for Outstanding Reporting Achievement from the GFOA since then. 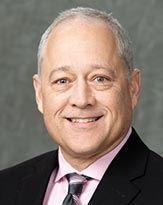 Russell Huggins, Jr., P.E., was named Capital Projects Officer in December 2018 by the Charleston Water System’s Board of Commissioners. Mr. Huggins is responsible for managing capital needs to ensure the utility has the infrastructure in place to accommodate growth and meet current and future regulatory requirements. He has departmental operational responsibility for Engineering & Construction, Asset Management & Geographical Information Systems, Safety and Support Services, and SCADA systems.

Mr. Huggins earned his bachelor’s degree in civil engineering and masters of business administration from The Citadel. He is licensed as a professional engineer and as a wastewater treatment plant operator. Mr. Huggins is a member of the American Water Works Association, Water Environment Federation, and the American Society of Civil Engineers.

Mr. Huggins is a retired Air Force civil engineer officer having served 28 years in the Air Force and Air Force Reserve. He completed two deployments in support of Operation Enduring Freedom and Operation Iraqi Freedom, serving in both Afghanistan and Iraq.